Marijuana—also called weed, herb, pot, grass, bud, ganja, Mary Jane, and a vast number of other slang terms—is a greenish-gray mixture of the dried flowers of Cannabis sativa. Some people smoke marijuana in hand-rolled cigarettes called joints; in pipes, water pipes (sometimes called bongs), or in blunts (marijuana rolled in cigar wraps). Marijuana can also be used to brew tea and, particularly when it is sold or consumed for medicinal purposes, is frequently mixed into foods (edibles) such as brownies, cookies, or candies. Vaporizers are also increasingly used to consume marijuana. Stronger forms of marijuana include sinsemilla (from specially tended female plants) and concentrated resins containing high doses of marijuana’s active ingredients, including honeylike hash oil, waxy budder, and hard amberlike shatter. These resins are increasingly popular among those who use them both recreationally and medically.

The main psychoactive(mind-altering) chemical in marijuana, responsible for most of the intoxicating effects that people seek, is delta-9-tetrahydrocannabinol (THC). The chemical is found in resin produced by the leaves and buds primarily of the female cannabis plant. The plant also contains more than 500 other chemicals, including more than 100 compounds that are chemically related to THC, called cannabinoids.

How do people use marijuana?

People smoke marijuana in hand-rolled cigarettes (joints) or in pipes or water pipes (bongs). They also smoke it in blunts—emptied cigars that have been partly or completely refilled with marijuana. To avoid inhaling smoke, some people are using vaporizers. These devices pull the active ingredients (including THC) from the marijuana and collect their vapor in a storage unit. A person then inhales the vapor, not the smoke. Some vaporizers use a liquid marijuana extract.

People can mix marijuana in food (edibles), such as brownies, cookies, or candy, or brew it as a tea. A newly popular method of use is smoking or eating different forms of THC-rich resins.

How does marijuana affect the brain?

Marijuana has both short-and long-term effects on the brain.

When a person smokes marijuana, THC quickly passes from the lungs into the bloodstream. The blood carries the chemical to the brain and other organs throughout the body. The body absorbs THC more slowly when the person eats or drinks it. In that case, they generally feel the effects after 30 minutes to 1 hour.

Marijuana over activates parts of the brain that contain the highest number of these receptors. This causes the “high” that people feel. Other effects include:

Marijuana also affects brain development. When people begin using marijuana as teenagers, the drug may impair thinking, memory, and learning functions and affect how the brain builds connections between the areas necessary for these functions. Researchers are still studying how long marijuana’s effects last and whether some changes may be permanent.

In another recent study on twins, those who used marijuana showed a significant decline in general knowledge and in verbal ability (equivalent to 4 IQ points) between the preteen years and early adulthood, but no predictable difference was found between twins when one used marijuana and the other didn’t. This suggests that the IQ decline in marijuana users may be caused by something other than marijuana, such as shared familial factors (e.g., genetics, family environment). NIDA’s Adolescent Brain Cognitive Development (ABCD) study, a major longitudinal study, is tracking a large sample of young Americans from late childhood to early adulthood to help clarify how and to what extent marijuana and other substances, alone and in combination, affect adolescent brain development.

HOW IS IT USED?

Marijuana can be smoked as a cigarette (joint), but may also be smoked in a dry pipe or a water pipe known as a “bong.” It can also be mixed with food and eaten or brewed as tea. These are called “edibles” and are covered in detail later in this booklet. Sometimes users open up cigars and remove the tobacco, replacing it with pot—called a “blunt.” Joints and blunts are sometimes laced with other, more powerful drugs, such as crack cocaine or PCP (phencyclidine, a powerful hallucinogen).

When a person inhales the smoke from a joint or a pipe, he usually feels its effect within minutes. The immediate sensations—increased heart rate, lessened coordination and balance, and a “dreamy,” unreal state of mind—peak within the first 30 minutes. These short term effects usually wear off in two to three hours, but they could last longer, depending on how much the user takes, the potency of THC and the presence of other drugs added into the mix.

As the typical user inhales more smoke and holds it longer than he would with a cigarette, a joint creates a severe impact on the lungs. Aside from the discomfort that goes with sore throats and chest colds, it has been found that smoking one joint gives as much exposure to cancer-producing chemicals as smoking four to five cigarettes.

The mental consequences of marijuana use are equally severe. Marijuana smokers have poorer memories and mental aptitude than do non-users.

Recent studies on young adults that smoke marijuana, found abnormalities in the brain related to emotion, motivation and decision-making.

Can you overdose on marijuana?

It is possible to overdose on marijuana, if you take a very high dose. Symptoms of an overdose include anxiety, panic, and a rapid heartbeat. In rare cases, an overdose can cause paranoia and hallucinations. There are no reports of people dying from using just marijuana.

After using marijuana for a while, it is possible to get addicted to it. You are more likely to become addicted if you use marijuana every day or you started using it when you were a teenager. If you are addicted, you will have a strong need to take the drug. You may also need to smoke more and more of it to get the same high. When you try to quit, you may have mild withdrawal symptoms such as

What is medical marijuana?

The marijuana plant has chemicals that can help with some health problems. More states are making it legal to use the plant as medicine for certain medical conditions. But there isn’t enough research to show that the whole plant works to treat or cure these conditions. The U.S. Food and Drug Administration (FDA) has not approved the marijuana plant as a medicine. Marijuana is still illegal at the national level.

However, there have been scientific studies of cannabinoids, the chemicals in marijuana. The two main cannabinoids that are of medical interest are THC and CBD. The FDA has approved two drugs that contain THC. These drugs treat nausea caused by chemotherapy and increase appetite in patients who have severe weight loss from AIDS. There is also a liquid drug that contains CBD. It treats two forms of severe childhood epilepsy. Scientists are doing more research with marijuana and its ingredients to treat many diseases and conditions. 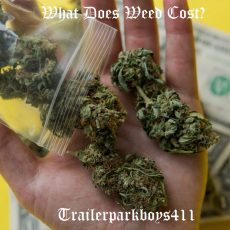 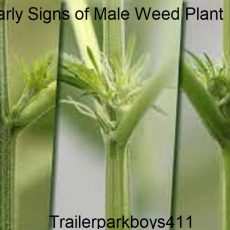 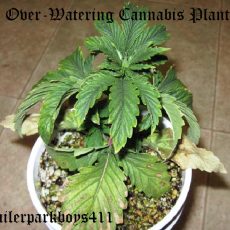