You may already know the differences between indica and sativa varieties of cannabis, but have you heard of cannabis ruderalis? According to Jorge Cervantes, grow guru and author of The Cannabis Encyclopedia, “Botanists disagree as to whether c. ruderalis qualifies as a separate species or subspecies.” So, to answer some of the questions we receive about cannabis ruderalis and autoflowering genetics, Leafly has put together a quick background on this lesser-known classification of cannabis strains.

The Origin of Cannabis Ruderalis

The term ruderalis stems from the root word ruderal. In the plant world, a ruderal species is one that grows in spite of its environment being inhabited by humans or being otherwise affected by naturally occurring disturbances to the area. Many believe ruderalis to be a descendant of indica genetics that adjusted to the harsh climates and the shorter growing seasons of the northern regions where it originates. Cannabis ruderalis is native to areas in Asia, Central/Eastern Europe, and specifically Russia, where botanists used the term “ruderalis” to classify the breeds of hemp plant that had escaped from human and cultivation, adapting to the extreme environments found in these climates.

Originally, cannabis ruderalis was considered a wild breed of cannabis. However, in recent years it has been brought indoors to influence new hybrid varieties.

Doesn’t Depend On Light Exposure To Flower

One of the most unique and valuable traits of the Cannabis ruderalis plant is that it doesn’t depend on light exposure to flower.

Of course, ruderalis needs light to grow — as all plants do — but this strain doesn’t depend on the ratio of light to dark hours (the photoperiod) to switch from vegetative growth to flowering growth.

Instead, the switch depends on age (i.e., number of days). Scientists call this trait autoflowering.

What that means for the average grower — or the person who stumbles upon ruderalis in the wild — is that autoflowering strains don’t require varying the amount of light the plant gets the way you do with photoperiodic strains.

Just to clarify, photoperiod-dependent strains (or photoperiodic for short) are your classic indica, sativa, and hybrid strains with names even the newest of noobs is probably familiar with (like Blue Dream, Sour Diesel, and Thin Mint Girl Scout Cookies).

These strains respond to changes in light (i.e., the length of exposure) to “know” when to produce flowers.

To better explain, think about the summer and fall seasons. During the longest days of summer, an outdoor plant might get 15 hours or more of sunlight. After the summer solstice, the number of hours of daylight decreases.

This is usually the “cue” for plants to begin flowering. It’s the basic growing cycle that farmers have been dealing with for 11,000 years and that you probably learned about in kindergarten (only without the big words like photoperiod-dependent).

The autoflowering ruderalis strain will grow for a certain number of days and then flower regardless of the amount of light it gets (as long as it gets enough to thrive, of course).

The typical lifecycle of a ruderalis plant — from seed to flower — is as low as 10 weeks (though 12 to 14 weeks is more typical).

Compare that to the much longer grow times of indica and sativa — anywhere from four to six months — and you can see why breeders value this little plant.

The question on most people’s minds when it comes to Cannabis ruderalis is, “How much THC does this baby have?”

To qualify as hemp — which is basically just a foodstuff and an industrial product — the plant needs to contain less than 0.3% of the cannabinoid THC.

Cannabis ruderalis, on the other hand, typically exhibits less than 3% THC. That small amount is not enough to produce anything akin to a body or head high like indica and sativa (which can get as high as 28 or 29%)

Cannabis ruderalis is a short and stalky plant, especially when compared to its sativa and indica counterparts. It typically sits between 1 and 2.5 feet tall at harvest, with a rugged and shaggy growth pattern that produces wide leaflets that express themselves in a light green hue. The buds from the ruderalis plant tend to be small but still relatively chunky, and are supported by the sturdy, thick stems.

What really sets ruderalis apart is its flowering cycle that is induced according to its maturity instead of being activated by the photoperiod like indica and sativa varieties. Modern ruderalis hybrids usually begin to flower between 21 and 30 days after the seeds have been planted, regardless of the light cycle. This is why most ruderalis hybrids are attributed as “autoflowering” strains.

IS RUDERALIS THE SAME AS HEMP?

Hemp isn’t a different species of cannabis. We use the term “hemp” to refer to a type of selectively bred cannabis that contains minimal THC levels. To qualify as hemp, cannabis in the US needs to contain less than 0.3% THC. In Europe, the threshold is between 0.2–0.3% THC depending on the country.

Even though Cannabis ruderalis has very low levels of THC (below 3%), it still has more than hemp. However, hemp and ruderalis often contain similar CBD levels, although these vary too.

Hemp is also a more versatile plant than ruderalis. Humans have cultivated hemp for millennia, using it for many different purposes, from making fabrics and paper to food, biofuel, and health supplements.

Ruderalis, on the other hand, is a type of cannabis used almost exclusively for one purpose: breeding.

In order to be classified as hemp, ruderalis would need to contain a THC content below the legal limits mentioned above. Otherwise, ruderalis would only be considered legal in areas where recreational and/or medical cannabis can be grown and purchased.

So, what are the differences between Cannabis indica, sativa, and ruderalis? Let’s take a quick look to compare their characteristics.

Better suited for colder climates. More robust with better resistance. Plants grow shorter and bushier with wider leaves. Indicas tend to induce a body high that is physically relaxing and “Stoning”. Great as a sleeping aid and appetite stimulator. Best for nighttime use.

A mix of sativa and indica genetics. They grow vigorously with good resistance. Can display qualities of both indica and sativa in growing characteristics and effects.

Wild cannabis that has adapted to extreme environments. Very short and compact plants with small, chunky buds. Grows as a weed even “among rubbish” and is extremely robust with good resistance. Contains little (<3%) THC but has high levels of CBD.

In the past, ruderalis didn’t really have a significant role. It isn’t valuable for agricultural or recreational use. So, why did people start using it? Well, we have yet to mention ruderalis’ most sought-after quality; the one that has made it a new staple in the cannabis community. Unlike sativa or indica, ruderalis doesn’t rely on daylight hours to bloom, instead blooming based on age.

Autoflowering weed plants flower on their own after around ~3–4 weeks of vegetative growth. Cannabis ruderalis likely developed this autoflowering trait as a response to the considerably short summers yet long daylight hours (22–24 hours) of its native habitats. 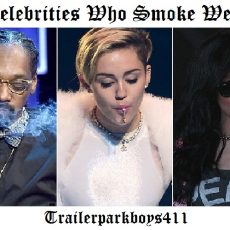 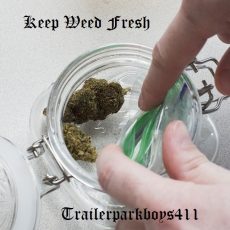 WAYS TO KEEP YOUR WEED FRESH 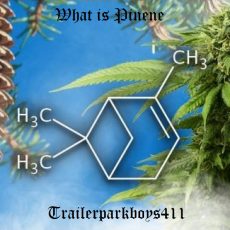