What are magic mushrooms?

Psilocybin or magic mushrooms are naturally occurring and are consumed for their hallucinogenic effects. They belong to a group of drugs known as psychedelics, because of the changes experienced to perception, mood and thought. The key ingredient found in magic mushrooms is psilocybin. When psilocybin is taken, it is converted in the body to psilocin, which is the chemical with the psychoactive properties.

They can also come as dried material in capsules. Synthetic psilocybin appears as a white crystalline powder that can be processed into tablets or capsules, or dissolved in water.

What Do Magic Mushrooms Do?

Magic mushrooms are hallucinogenic drugs, meaning they can cause you to see, hear, and feel sensations that seem real but are not. The effects of magic mushrooms, however, are highly variable and believed to be influenced by environmental factors.

Shrooms have a long history of being associated with spiritual experiences and self-discovery. Many believe that naturally occurring drugs like magic mushrooms, weed, and mescaline are sacred herbs that enable people to attain superior spiritual states. Others take magic mushrooms to experience a sense of euphoria, connection, and a distorted sense of time.

The psilocybin found in shrooms is converted to psilocin in the body and is believed to influence serotonin levels in the brain, leading to altered and unusual perceptions. The effects take 20 to 40 minutes to begin and can last up to 6 hours—the same amount of time it takes for psilocin to be metabolized and excreted.

What the Experts Say

While magic mushrooms are often sought out for a peaceful high, shrooms have been reported to induce anxiety, frightening hallucinations, paranoia, and confusion in some. In fact, most hospital admissions related to the use of magic mushrooms are connected to what is known colloquially as a “bad trip.”

What the Experts Say

While magic mushrooms are often sought out for a peaceful high, shrooms have been reported to induce anxiety, frightening hallucinations, paranoia, and confusion in some. In fact, most hospital admissions related to the use of magic mushrooms are connected to what is known colloquially as a “bad trip.”

How long the effects last and the drug stays in your system depends on how much you’ve taken, your size, whether you’ve eaten and what other drugs you may have also taken.

If you feel like you’re having – or are going to have – a bad trip, let your friends know and get their help. Go to a nice quiet spot where you feel safe and can relax.

How long will it be detectable?

Psilocybin is detectable for up to 8 hours.

How long a drug can be detected for depends on how much is taken and which testing kit is used. This is only a general guide.

The biggest danger to your health when taking magic mushrooms is eating a poisonous mushroom by mistake.

There are many types of mushroom in the UK and some, like the fly agaric, can kill you.

If you have eaten poisonous mushrooms you’ll soon know, and you’ll need to get medical help as soon as possible. Always keep an example of the mushroom you’ve eaten so doctors can identify it.

Eating magic mushrooms can make you:

If you have any mental health issues, magic mushrooms can make them worse.

Eating magic mushrooms can make you:

Is it dangerous to mix with other drugs?

Yes, anytime you mix drugs you take on new risks. Some drugs are riskier to mix than others, avoid taking mushrooms with:

Before decriminalization and legalization measures swept the nation, cannabis and mushrooms each featured prominently in counterculture, showing up in psychedelic art, music, and movies.

While the two substances share some similarities, using either one is a distinctly different experience.

The effects of cannabis can vary widely depending on several factors, including:

When smoked or vaporized, the effects rapidly kick in within minutes of use. The experience peaks at around 1 hour and dissipates within 2 hours, according to the Drug Policy Alliance.

Edibles take longer to kick in, usually 30 to 60 minutesTrusted Source.

Some people feel more focused and productive after consuming cannabis, while others feel more relaxed.

Other potential effects include:

Cannabis and mushrooms can both affect your perception of the world, but to different degrees. That said, the specific strain of cannabis or type of mushrooms you use can affect the experience.

Likewise, taking a low dose of mushrooms might feel similar to ingesting a small amount of cannabis.

According to online anecdotal reports, combining mushrooms with CBD-rich cannabis strains can reduce the feelings of nausea and anxiety that mushrooms cause for some people.

Meanwhile, combining mushrooms with THC-rich strains can increase the intensity of the trip. It may cause more interesting and intense visual and auditory hallucinations, as well as more intriguing thought patterns.

But the intensity may also be uncomfortable, especially if you don’t have much experience with mushrooms.

You can find out about Cannabis Stem Tea here! 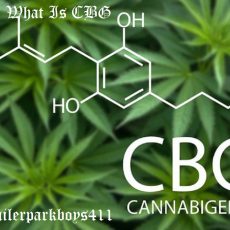 What Is CBG and How Is It Different from CBD? 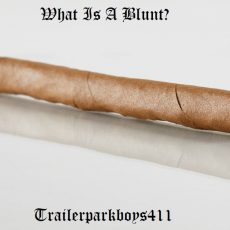 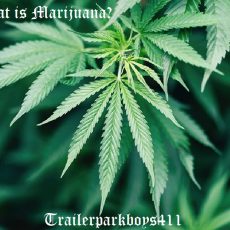