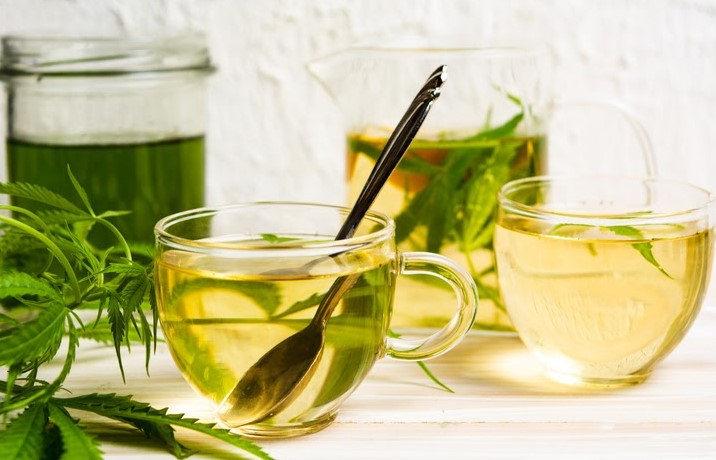 You already know that eating and smoking cannabis has a variety of health advantages, but did you know you could be drinking it as well? Cannabis tea is one of the healthiest beverages in the world. Vitamins, nutrients, and antioxidants abound in it.

It’s a popular hangover cure because it soothes everything from morning sickness to stress. Modern study has given us new information regarding how it can benefit our health.

The Origins of Marijuana Tea

Cannabis tea is not a new invention; in fact, it goes back many years. Marijuana tea has been consumed in various ways throughout history by different civilizations. Marijuana tea has long been drunk for medicinal or religious reasons in numerous locations, while it is merely enjoyed for the thrill of getting high elsewhere.

Jamaica is one of the first locations to embrace cannabis tea; it’s typical for expectant moms there to use marijuana to fight worry, anxiety, and morning sickness. Cannabis is known as “ganja” in Jamaica, and it’s frequently used in traditional medicine. According to reports, ganja tea is a popular therapeutic treatment in rural areas. Ganja tea is typically made from immature plants that haven’t fully developed for collecting, so the brew isn’t quite as potent as smoking dried mature buds.

Cannabis tea has been used across the world for hundreds of years, including in India, where it was first employed over 1000 B.C. In modern-day India, bhang is a hot beverage made from milk, marijuana, and seasonings that is crushed using a mortar and pestle.

Bhang is primarily used in religious rituals, especially as a present to God. Cannabis is one of the five most sacred plants in the Atharva Veda, a holy text in Hinduism. At dinner time, families in India frequently offer bhang to important visitors. Marijuana tea is also prescribed for feverishness, sunstroke, and stomach ailments.

Cannabis tea is a popular beverage that contains cannabinoids from the cannabis plant and has several health benefits. THC, for example, may help to relieve pain and sleeplessness. Some cancer patients use THC to relieve nausea. CBD is also a strong analgesic that can assist people relax. Because marijuana tea takes time to take effect and keeps users high for an extended period of time, it might be used as medical marijuana in the form of long-term therapy for individuals who require it.

It’s quite relaxing to consume cannabis in the form of a hot drink, and it’s also a very modest method to take marijuana recreationally or therapeutically.

It might be difficult for individuals who are used to smoking or vaporizing cannabis to know what to anticipate from marijuana tea. Each brew will vary (depending on the amount of marijuana utilized and the strain utilized), but some of the common effects of cannabis tea are as follows:

The marijuana tea high is said to be a more sedating version of the marijuana high than smoking or vaporizing cannabis. Individuals who drink marijuana tea describe feeling pleasantly euphoric and rejuvenated.

Slow to Kick In

Marijuana tea’s effects don’t occur right away, much like edibles. They might take anywhere from 15 minutes to 90 minutes to materialize. This is due to the fact that, rather than being breathed into the lungs (where the cannabinoids are immediately absorbed into the bloodstream), the tea must travel through the digestive tract before being consumed. As a result, those who are unfamiliar with its characteristics should start with a tiny dose since it’s easy to overdo it before noticing any effects.

The effects of marijuana wear off rather swiftly when smoking it, but marijuana tea may be kept for several hours. This makes it a particularly appealing option for pain, sleeplessness, or any other ailment in which the patient wishes to avoid taking repeated doses throughout the day or night.

How to Make Cannabis Tea

There are several commercial cannabis teas on the market, but making your own at home is a must-know topic for any cannabis novice. Cannabis tea may be produced in a variety of ways based on personal taste and desired impact. The beverage’s color and consistency can vary from light, non-psychoactive tea to a thicker, more creamy brew that produces a mild high an hour or two after consumption, similar to marijuana-infused edibles.

Some people like brewing tea with cannabis flowers, while others enjoy making marijuana tea with stems. It’s a great way to get rid of stems after the buds are taken off, but any brew made with stems won’t be as psychoactive as one infused with THC. Regardless of what component you use, the procedures for producing different varieties of tea remain the same.

Simply soak the stems or broken-up flowers in hot water as you would with normal tea. To vary the taste, some people like to add additional herbs, spices, or tea leaves. This is an excellent method to get the health advantages of cannabis without feeling high afterward by drinking brewed cannabis flowers or cannabis stem tea.

To enjoy the effects of cannabis tea, you’ll need two things. The first is decarboxylation (heating cannabis until it activates cannabinoids such as THC), and the second is solubility. This means that those wanting to create a pot tea that will have obvious euphoric effects must decarboxylate their marijuana first. This may be done by breaking down the marijuana into tiny pieces and baking it at 230 degrees Fahrenheit for 40 minutes, turning the material every 10 minutes to ensure uniform heating.

Following that, a strong marijuana tea requires some sort of fat to attach to the THC (which is not water-soluble). A half cup of milk or a spoonful of butter or coconut oil will suffice. Bring 3 cups water to a boil in a saucepan with the fat, then simmer for at least 15 minutes. Allow the mixture to boil after stirring in the cannabis until all solids have been removed through a coffee filter.

This is a simple marijuana tea that may be consumed simply, combined with spices, or even made for a couple of minutes in order to adjust the flavor. Another alternative? Add a pinch of kief to an already-made cup of regular tea to make it into a warm, high-inducing cup of kief tea.

Many individuals enjoy unwinding with a cup of CBD tea. Because CBD is non-psychoactive, this is an excellent method to treat anxiety or pain without getting high or experiencing the negative side effects such as anxiety or paranoia that THC can produce. CBD tea is also beneficial for persons who suffer from insomnia.

CBD is made from the same substance found in high-CBD strains of cannabis, although it may also be obtained in significant amounts in hemp. This is an excellent option for individuals who don’t want any THC or adverse side effects.

CBD, like THC, is fat-soluble, so it needs milk, butter, or coconut oil to be mixed into the water in order for it to be absorbed.

We’ve compiled a step-by-step guide as simple as possible when it comes to decarboxylation. Unfortunately, you can’t just put some marijuana in a tea bag and steep (unless you enjoy the flavor of soggy marijuana and don’t want to get high). But making a quick single-serving of decarboxylated buds doesn’t have to be difficult. You got this.

Makes about three mug-sized portions of tea. One cup per person, but not more than two hours before driving or operating significant machinery.

Step 1: In a medium-sized saucepan, bring 4 cups of water to a boil. When it reaches a boil, add the tablespoon of butter or coconut oil and leave it to melt completely. Under high heat, THC needs something fatty to attach itself to in order for us to separate the good stuff from the plant material.

Step 2: Add a gram of cannabis powder to the simmering liquid and decrease the temperature to low.

Step 3: Allow this mixture to cook for 15 minutes. It may be worth it for really great weed or really enthusiastic cannabis cuisine lovers to simmer at the lowest possible temperature for a longer period of time in order to preserve the strain’s more complex flavors. When things get too hot, Terpenes are the first to burn off.

Step 4: Remove the tiny cannabis particles now that you’ve measured out how much water should be added. There’s simply too much water for you to strain straight into your cup (unless it’s very big), so use a bowl or, even better, an empty teapot. If you’re going with cheesecloth, tie it around the teapot or bowl at the top for a neater appearance. You may always have your quarantine partner hold the cheesecloth in place around the top, or solo chefs can use anything hefty to anchor it on all sides. Pour the boiling mixture carefully and slowly through the cheesecloth into your chosen vessel, being careful not to harm it. You may simply use a metal strainer if you’re okay with having leafy bits in your teeth, but a fine strainer is recommended unless you’re cool with that.

Step 5: Pour the tea into a teapot along with any embellishments such as mint, lemon, honey, or a cinnamon stick and mix well. It will aid in the balance of the herby flavor. Steep for around three minutes.

Step Yay: Remove the teabag and add in the infused butter slowly. Set your cup of tea on a heated surface (such as a hot pan or electric cooktop), add water to fill halfway, and let it steep for three to five minutes before serving.

There will always be a faint marijuana flavor, but you may add additional milk and sugar to balance it out. Many pre-made chai varieties are powerful enough to complement the herbal undertones. Remember that your body will still digest it as an edible, so be patient. It might take up to an hour and a half for the drug to work its way through your body, depending on whether you’ve eaten recently and your metabolism. 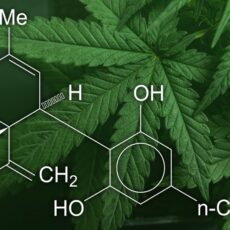