Now that you’ve got the taste of weed, do you want to up your game and try something more special? Ganja is amazing, period. But, cannabis concentrates? They are completely on another level! Of all the concentrates, marijuana wax and oil are the most popular, and this article will help you understand the difference between wax vs oil. Thrive Leads Shortcode could not be rendered, please check it in Thrive Leads Section!

A cannabis concentrate, as the name suggests, is the concentrated form of the cannabis plant’s compounds such as CBD and THC.

There are several types of concentrates available today, including Shatter, Budder, Wax, Sauce, Rosin, 701, Honey Oil, etc., and any of them can knock you out.

Cannabis concentrates are primarily used to derive a higher potency compared to other forms of marijuana.

The term “Wax” can be used to describe any marijuana concentrate that is soft and semi-solid at room temperatures.

It resembles wax in texture and is also crumbly at times, but it’s nothing but the soft oil that loses its transparency during the process of extraction.

As the cannabis molecules are agitated, they crystallize and turn opaque.

All the goodness of the plant that might otherwise be lost while simply smoking a bud is extracted into the form of a concentrate for ease of use.

Remember that the THC levels in cannabis wax can range from a whopping 40 to 99.99% compared to 15-20% found in traditional buds, so go slow because you really don’t want to rush into it and get messed up.

What is Cannabis Oil?

It is dark and viscous in texture and is created because it gives the maker the ability to control the percentage of CBD or THC.

If a high level of THC that produces psychoactive effects is not appealing to you, you can opt for cannabis oil containing high concentrations of CBD – a non-psychoactive cannabinoid containing several medical benefits.

Is there a difference between a concentrate and an extract?

You may have heard the terms concentrate and extract used interchangeably, but there is a subtle difference between the two. Extracts are a specific type of concentrate made using a solvent. So, while all extracts are concentrates, not all concentrates are extracts.

For example, vanilla extract is produced by using alcohol as a solvent to pull out the desired flavor component, vanillin, from vanilla bean pods. Alcohol may also be used to make a cannabis extract, as is in the case with Rick Simpson Oil (RSO). But other solvents may be deployed as well, like butane for Butane Hash Oil (BHO) and supercritical CO2 for cannabis wax extracts.

Since extracts and concentrates come in a variety of textures, you always can’t tell them apart just by looking at them.

Wax can come in a soft, semi-solid form as the name suggests, but it can also come in solid forms as well. The types of wax that go by names like shatter, crumble, or honeycomb are brittle solids that will nonetheless melt and vaporize when exposed to high enough temperatures. Wax extracts that have names like sap, live resin, or budder are softer, more pliable substances, exactly what you would expect from a substance called wax.

Oil is, of course, a liquid that comes in various viscosity levels, some oils are thin and others are denser, but they are all ultimately liquids.

Wax is easily the more intense of the two substances because of the extraction method used to create it. When wax is extracted from the cannabis plant, the substance created has a very high concentration of cannabinoids and terpenes, in other words, it is highly potent and very intense and can have THC concentrations of up to 90%.

By contrast, the production methods used to create oil end up diluting it somewhat so that the concentrations of cannabinoids and terpenes are not quite as high. That is because cannabis oil is usually cut with other oils during the production process in order to attain its fluidic consistency.

As stated earlier, the type of wax depends on a lot of different factors, from the strain of marijuana used to the way that it is harvested to any special tweaks made during the manufacturing process. Here are some of the most common types of wax extracts.

There are different types of oil as well and they vary based on the type of extraction method used in the process.

Why Use Wax or Oil in the First place?

Perhaps you love buds and don’t understand the hullabaloo around waxes and oils.

Also, buds are cheap, but concentrates are not, so why do it?

While smoking cannabis buds is great, cannabis concentrates are becoming more popular due to the potency.

You simply can’t expect high levels of THC or CBD in buds, but you can get even 90% pure THC with oil or wax, making it a bargain even if you’re paying more.

A little wax or oil goes a long way, and there’s no wastage, but the same isn’t true when it comes to smoking cannabis flowers.

Regardless of what the ignorant may think of marijuana, concentrates are used by patients suffering from PTSD, Migraine, Asthma, Cancer, and a host of other conditions.

The resin found on the plant contains incredible medicinal properties that manifold when combined with terpenes.

If you’re only smoking buds, you’re wasting the resin on the plant, but when it’s extracted, you get all the possible medicinal benefits.

Cancer patients need a higher dose to gain relief from their ailments, and that’s why oil and wax are slowly increasing in popularity day by day.

Smoking or consuming extracts that contain pure THC/CBD, irritants and sugar is more desirable because you get high faster and the smoke is cleaner, and your lungs will also thank you.

When it comes to wax vs oil, it will mainly be personal preference.

Oils are easier to smoke with pens and joints, while wax is going to be better for dab rigs. 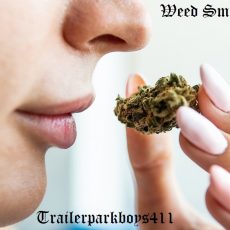 Characterizing the Smell of Marijuana 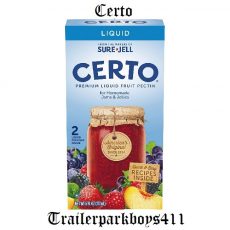