Cannabis plants are resilient. The plant grows successfully all over the globe in many different climates—it’s called “weed” for a reason.

But many problems can arise when growing cannabis, both indoors and outdoors. Bad weather, bugs, nutrient deficiencies, improper watering, and many other issues can pop up.

Many issues can arise when growing weed: discoloration of leaves is usually a sign of nutrient deficiency; tiny spots or webbing can mean a bug infestation; stunted growth can be a root problem.

Check out these articles on specific topics on how to troubleshoot issues with marijuana plants:

You can find out about Roach Weed here!

New growers are often guilty of giving their new weed plants too much love. As we’ve mentioned before, it’s called weed for a reason—a lot of times the answer is to just let the plant be.

This can manifest in overwatering. A new grower may overthink watering and water too much.

But the drying out of soil is important too—that’s how roots pull oxygen out of soil and into the plant. Additionally, standing water can stay in soil and cause root rot if not given enough time to dry out.

Remember to only water a plant if the soil is dry 1-2 inches down.

Similar to overwatering, beginning growers also have the tendency to give plants too many nutrients. A common misconception is that more nutrients equals bigger plants, so just keep adding more and more!

A weed plant needs the correct balance of nutrients for it to grow properly and be healthy. If anything, err of the side of too little nutrients—it’s a lot harder to correct a plant with too many nutrients than to add more. Keep in mind that organic nutrients are a little more forgiving.

Also, keep an eye on the pH of water you use on your weed plants. This overlooked aspect can quickly lead to big problems.

Common problems to look out for when growing weed

Of course there are many problems that can arise when growing weed that should be fixed quickly. Weed plants are rather responsive, meaning they will show signs of distress if they aren’t getting the proper nutrients, have a bug infestation, or some other issue.

Check your cannabis plants regularly for issues. A good time to do this is when pruning, because you’ll be up close and personal with your plants.

Look at the main stalk of the plant. Stunted growth can be a sign of roots being bound or some other root issue. If one plant is considerably smaller than others or if you’ve been growing it for a while and it seems too small, it could have root issues.

Look for and remove dead or yellowing leaves, and weak or withering branches. If plants are flowering, look for bud rot and mold.

Inspect under fan leaves, as that’s where some bugs live—such as spider mites—and check where the stalk comes out of the soil, as some bugs live there too—in particular, root aphids.

Cannabis plant leaves should be a dark, vibrant green. Yellowing, discoloration, or spots on leaves are another big giveaway that your plant is sickly.

No matter how much you care about your plants, there are always things that CAN and WILL go wrong with them in the process of growing. It doesn’t matter if you’re a beginner or a master grower, it is surprisingly easy to slip into a false sense of security with your beloved plants. Truth is, your plants are sensitive beings from seed to harvest. Generally, most problems associated with cannabis growing fall into three broad categories:

In this guide, we will attempt to identify every symptom that you notice on your plants and address every possible problem that might me associated with it.

In Soil Remediation with Cannabis we saw that cannabis is a resilient plant, with the ability to draw up toxins from the soil and remediate contaminated land. Though often touted as a “superweed’ with healing pharmaceutical abilities and numerous industrial offerings, we must not forget that cannabis, at the end of the day, is still a plant. Plants, as living organisms, are not immune to disease. Like human bodies that are constantly thwarting off pathogens, such as the common cold virus, plants are also under constant attack. In this article, we will look at five of the most common cannabis diseases that can threaten your plants, and also give some insight into how you can both prevent and treat them if they occur.

Diagnosing cannabis disease is not an easy task, as symptoms of infection can be widespread and are often misdiagnosed. Are your plants leaves yellow and wilting? Simply under-watering or overwatering may be the culprit. But then again, so could an unbalanced pH, over-fertilization and nutrient burn, improper light placement, or extreme weather – and that’s not even including the pests that cause the majority of cannabis crop losses.

Between fungi, viruses, bacteria, animals and insects, there is no shortage of pests looking to dig into your precious crops. If you’re looking for a technical diagnosis of cannabis disease, sending samples for lab testing is the most reliable solution. Certain labs (such as Anandia in Canada and the Sunburst Plant Disease Clinic in America) specialize in cannabis, offering tests designed specifically for detecting microbial contaminants.

Another option for diagnosis is to follow the Dichotomous Key of Diseases and Pests. This key takes you through a step-by-step symptom identification procedure, offering over 90 common cannabis pests and diseases.

However, if you’re not looking for an in-depth analysis, or simply want to learn more about common cannabis diseases and pests – here are our top five to keep an eye out for:

Oh fungi…Not the juicy button mushrooms served over steak at a fancy restaurant, and not the helpful “mycorrhizae” that supplement underground root networks- the following fungi are simply bad news. Pathogenic fungi could be considered the “mafia” of the cannabis pest community- with at least 88 different species that attack cannabis and work in hidden networks to replicate and destroy.

Powdery mildew (PM) is a notorious cannabis pathogen that, when it does show its face, is not hard to identify. With a white-grey powdery substance visible on the plant surface, the presence of PM is certainly alarming. PM is extremely good at spreading, usually from the leaves and plant base, to the bud and flowers- where it essentially renders them useless.

Even though PM is very common in cannabis, there is still much that we don’t know about this fungal pest. Though it still is up for debate whether PM spreads over the surface of leaves or travels within the plants vascular system, it is known that PM hinders the plants ability to obtain essential nutrients. There is also a debate on whether consumption of cannabis infected with PM is dangerous to humans (especially in those with compromised immune systems), but no debate on how it spreads (through air and water), and whether it can ruin a crop (YES, it certainly can).

Prevention is by far the best way to tackle PM, which thrives in cool, humid environments, with overcrowding and too much water. Keeping a sanitary grow space with good airflow and clean equipment is essential.

Regardless of precautionary measures, however, infection is sometimes inevitable. Keeping an eye on young plants and leaves for blistering and strange odour will help catch this infection early, as these signs precede the more obvious white powder. If prevention fails you, there are thankfully a variety of organic treatments for powdery mildew available.

Botrytis is a fungus that affects hundreds of plant species, cannabis included. Though this pest can attack every part of the cannabis plant, it is most commonly found on plant buds in the late stage of flowering.

Like our previous pest, thriving grey mold is easily visible to the naked eye, and should prompt immediate action- as its presence can destroy an entire crop in a matter of days. Some would even argue that grey mold is a cannabis growers’ biggest threat.

So how do we combat grey mold?

Your best bet, like with all fungal infections, is prevention and early detection. Prevention, as we saw with PM, starts with a sanitary grow-space with good air flow and drainage (low humidity), and sufficient space between plants.

Early detection can start even before the characteristic cottony-grey buds appear. The first signs of a grey mold infection can be seen in the colour and texture of the plant itself. Leaves appear dry and stems become soft and brown. Early grey mold can also present itself as a powdery white substance, that will darken over time to a grey (sometimes even black or purple) fuzz, and eventually a grey-brown slime.

Once visible to the naked eye, the internal damage to the plant is often too far gone for treatment. Your best bet at this point is to remove the infected plants or tissues, in order to prevent contamination to nearby plants.

Certain fungi are so good at destroying cannabis plants that, not long ago, they were being considered for use as biocontrol agents to get RID of illegal cannabis crops. Instead of spending valuable time and resources trying to find illegal cannabis crops in Florida, it was proposed that suspected crop areas could be dusted with the Fusarium fungus, a bioherbicide that would essentially find and “eat” the marijuana plants.

Due to the ability of Fusarium to mutate and the chance that it could “go rogue” and wipe out other crops, environmentalists protested.

We don’t know if fusarium has been used to wipe out drug crops, but we do know that it has undergone testing for its efficacy in wiping out weeds.  Fusarium has also been proposed as a biological weapon to disrupt food production and damage national economies. Intense, right?

You can find out about Marijuana Stocks here!

Fusarium is a soil-dwelling fungus that attacks both at the root and leaf level, blocking the delivery of nutrients within the plant and restricting water flow. Fusarium can cause leaves to wilt, with the distinguishing characteristic of dark spots on the lower leaves, which turn yellow-brown before wilting. Collapsed leaves will remain attached to the stem, drooping down, all the way up the plant. Upward curling of leaf tips may also be seen.

Fusarium also commonly causes root rot, where roots and eventually the stem turn red inside and burst in areas, inviting in further disease-causing agents. With no effective treatment and its ability to easily spread through soil, water, and air, Fusarium is one to avoid at all costs. 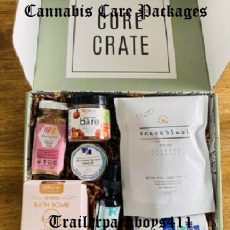 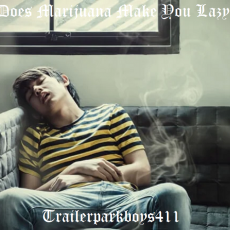 Does Marijuana Make You Lazy? 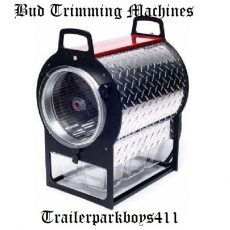