In 2020, CBD (cannabidiol) versus THC (tetrahydrocannabinol) is a hot topic. Both are natural compounds derived from the same plant– cannabis sativa.  So what is the difference between CBD and THC?

CBD and THC have the same chemical makeup, 21 carbon atoms, 30 hydrogen atoms, and two oxygen atoms. The difference is that they don’t have the same chemical arrangement, and the body receives them as different compounds. These compounds bind to neurotransmitters in your brain and affect things like mood, pain, sleep, and memory.

You can find out about THE CERTO THC DETOX METHOD here!

Cannabidiol, usually referred to as CBD, is the second most prevalent chemical compound found in cannabis. First discovered during the 1940s, CBD has recently become more popular as a natural treatment for a range of conditions. It can be derived from hemp or from marijuana. Hemp-derived CBD still contains trace amounts of THC, while marijuana-derived CBD may contain more.

Delta-9-tetrahydrocannabinol, or THC, is the main psychoactive ingredient in cannabis. According to the National Institute on Drug Abuse (NIDA), THC activates the brain’s reward system by signaling the release of the brain chemical dopamine.1 Dopamine is a neurotransmitter that plays an important role in mood and pleasure. By triggering a higher-than-normal release of dopamine, THC causes people to experience feelings of euphoria. THC is often administered by smoking marijuana, but it can also be found as an ingredient in capsules, edibles, and oils.

Though CBD and THC are both found in marijuana and interact with the endocannabinoid system, there are some important differences a person should be aware of:

Despite both being cannabinoids, CBD and THC interact with slightly different receptors in a person’s brain.

As a result, CBD is unlikely to get an individual high. On the other hand, THC produces the high people associate with using marijuana recreationally.

Medical marijuana that is CBD dominant has minimal THC. As a result, a person will not feel high when taking the medication.

Medical marijuana that contains THC will cause the person to experience a high when taking the medicine.

Where do they come from

Both CBD and THC are present in marijuana.

However, when a person takes a CBD dominant version of medical marijuana, they are using CBD from hemp, which is closely related to marijuana.

THC originates in the marijuana plant, and people extract it from that source.

The THC compound is the one known most famously for the high sensation you get from it, a psychoactive response. And in many states, it is still illegal.

CBD, alternatively, is considered a “non-psychoactive” compound, meaning that you do not get that high that we associate with THC. Although CBD legally may have trace amounts of THC up to .3%, it is not enough to result in a psychoactive response.

CBD is known to have many of the promising health benefits, minus the psychoactive side effects.

Both compounds communicate with your body’s endocannabinoid system (ECS). According to Norml, the endocannabinoid system is, “perhaps the most important physiological system involved in establishing and maintaining human health.” It plays a role in regulating many functions and processes, including, sleep, mood, appetite, memory, reproduction, and fertility.

Although they both interact with the ECS system, they have separate properties with different medicinal benefits.

There are many health benefits associated with taking CBD oil. CBD connects to your body’s cannabinoid receptors, and people report that CBD helps with complex problems like arthritis, Crohn’s disease, diabetes, multiple sclerosis, and cancer treatment. Others use it to treat more mild everyday issues like skin health, sleep, anxiety, general pain, and brain health.

There are many ways to take CBD. CBD is available in capsule or oil tinctures, edibles, or you can even lather it on in cream form.

More than half of US states have made “medical marijuana” legal, which means in order to use it you must have a doctor’s prescription. The effects of THC have been known to offset many otherwise painful symptoms associated with chronic pain and nausea.

CBD rarely exhibits any noticeable side effects, even when taken in very large doses. The World Health Organization (WHO) has said in its research that, “CBD was tolerated in all patients, with no signs of toxicity or serious side effects.”

If side effects were detected, it was usually a result of CBD interacting with another drug the person took at the same time. Always consult a doctor, especially if you are considering taking CBD while taking other drugs.

THC, on the other hand, does have a few well-known side effects such as increased heart rate, coordination problems, dry mouth, red eyes, slower reaction time, and memory loss. These side effects are associated with the compound’s psychoactive properties.

Standard drug tests typically look for chemicals related to THC, so you can expect that THC would show up on a screen.

The short answer is yes. CBD products may contain trace amounts of THC, up to 0.3 percent. Although almost negligible and such a small amount would never be enough to cause any of the psychoactive side effects, it is still likely to show up on a drug test.

CBD and THC are derived from the same cannabis plant. But these two compounds have distinct properties that separate them from one another. THC is associated with the high feeling or psychoactive effects, and CBD is more well known for its health benefits. Before using either, be sure to check with your doctor and consider how these will affect other medications you are already taking.

With the passing of the Farm Bill in December 2018, industrial hemp became a legal agricultural commodity in all 50 states. While the DEA still considers CBD to be a Schedule I controlled substance, it clarified in a memo that trace amounts of CBD found in hemp stalks or seeds were legal.

Cannabis strains that have a high CBD:THC ratio are legal only in states with legal, regulated cannabis markets.

You can find out about Hemp CBD vs. Cannabis CBD here! 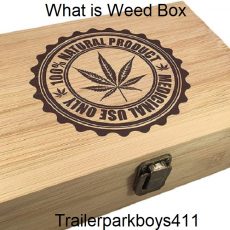 What is Weed Box 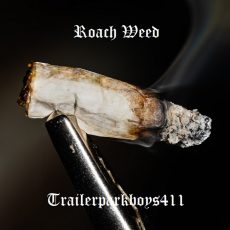 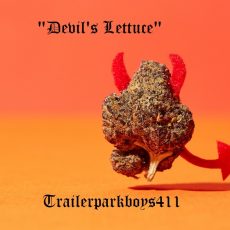