Are you an Indica fan? Then go check out our latest selection of the Best Indica Strains.

Kush fans are in for a real treat with this list. Indica strains are naturally high resin producers, meaning that you can count on plenty of crystal-coated buds from these strains. Sedative, dreamy, and calming, these psychoactive flowers can ease away stress while delivering some seriously euphoric highs.

Medical consumers may appreciate the potent and narcotic-like pain relief provided by these intoxicating herbs. These strains are perfect to make weed oils, so don’t lose the opportunity to learn how to make cannabis oil with them. Without further ado, here are the 10 strongest Indica strains on earth right now.

You can find out How to Vape Weed here!

To be included in the HighTimes list of Strongest marijuana strain, the Indica category means something else. This weed is exceptional. This strain is known to have a very pungent diesel-like aroma that neighbors could smell from far away. THC content is around 25% but was recorded at a staggering 32%

The Aurora indica strain is a product of crossing the Northern Lights and Afghan. This high calming drug induces users into a couch-locked state. This state is coupled with a cerebral calming effect that relaxes the mind and takes away stressful and uneventful thoughts that may linger at the back of the user’s mind. It is a 90% Indica hybrid with a THC  of 20%. This plant grows to about 8 feet tall and takes 11 weeks to flower. These buds are fully coated with sticky dripping resin, making it a potent bud most recreational cannabis users looks for.

This strain is another Winner. The Skywalker OG recently won the 2018 karma Cup due to its powerful tranquilizing effects. This strain is a product of crossing two high THC strains, Skywalker and OG Kush. This 90% Indica strain gives a soothing mind and body high, relaxing both the physical body and its mental mind. The soothing effects make the user feel lethargic and lazy for hours. Its THC content is said to have been measured as high as 26%. Since this strain is considered one of the stronger weeds available, medical marijuana patients use this weed to treat chronic pain, stress, depression, and anxiety.

The Purple Kush marijuana strain is a favorite among recreational users due to its hard-hitting effects. With THC measuring up to 27%, this weed is a bomber. The Purple Kush is considered to e one of the most powerful trains ever created and this is a 100% Indica strain. Bred by crossing Hindu kush and Afghani, it has landrace roots a give out a pure indica effect. Many claim that this strain makes the user deeply sedated, giving the user soothing whole body sedation. Aside from recreational users, this weed is prized by many medical cannabis patients as its numbing properties make it a great relief for agonizing pain they suffer. Expect a deep couch-locked state when using this weed.

The Godfather OG is the most potent marijuana strain ever. This was claimed by High Times. This Indica-dominant hybrid was measured to have the highest THC content of 34%. This strain was created by California herbal remedies and is said to be a product of crossing Grandaddy Purple, Cherry Pie, and OG Kush. Being a winner of the High Time Cannabis Cup for best Indica, the user is hit with a cerebral high that transforms into a numbing euphoric feeling The characteristic of having our whole body in a tranquil state makes this a weed favorite among many recreational users.

Strawberry Banana is a potent indica-dominant hybrid from DNA Genetics. This drowsy herb produces more of a euphoric feeling than other strains on this list thanks to split indica/sativa lineage. A cross between Banana Kush and Bubble Gum, Strawberry Banana is an award-winning strain loaded with THC.

On average, this fruity bud produces between 22 and 26% of the psychoactive. Unlike other strains on this list, Strawberry Banana is not completely sedative. This powerful bud can encourage a deep relaxation and jolly mental high. Some can get away with consuming Strawberry Banana during the day, however, it is generally considered an evening strain.

Testing with up to 27% THC, Purple Kush is a hard-hitting favorite. Considered one of the most powerful strains in the world, this flower is 100% indica. A mix of Hindu Kush and Purple Afghani, this strain has landrace heritage and delivers a pure indica experience. Many consumers report deep sedation and pain relief from Purple Kush.

Thanks to its potency and unique body-relaxing effects, Purple Kush is perhaps one of the most valuable medical cannabis strains around. However, this numbing herb is best saved for nighttime. A few tastes of Purple Kush can leave you feeling stuck to the couch with drooping eyelids.

Even with our massive genetic archive, Green Gelato ranks among the most popular indica hybrids, and for good reason. She packs THC levels rarely seen elsewhere, and a mouth-watering mix of aromatic terpenes complements her incredible potency. She puts out compact flowers that boast stunning shades of dark green, deep purple, orange, and yellow.

These pretty blossoms pack a heavy trichome load, a physical sign of the mind-blowing THC content of 27%. Approach this strain with caution, especially if you haven’t been smoking cannabis for very long. High productivity also sits high up on Green Gelato’s long list of impressive traits. She develops a thick and fruitful canopy both indoors and outdoors, considering she receives adequate nutrition and a warm environment.

Our breeders forged Triple G using two of the most powerful specimens in our seed library, Royal Gorilla and Green Gelato. They utilised the former for its potency, and the latter for its sugary sweet flavours. After some tweaking, they landed on a genetically stable 85% indica-dominant specimen. Triple G’s THC content of 26% will place your mind into a still and blissful state while flavours of pine, earthiness, and sweetness set your tongue ablaze.

She won’t match the productivity of sativa giants, but her potency means her relatively strong yields last longer than expected. Indoor plants will produce 525–575g/m² after a brief flowering time of 8–9 weeks. This speed makes her perfect for small-scale commercial growers and low-key cultivators. 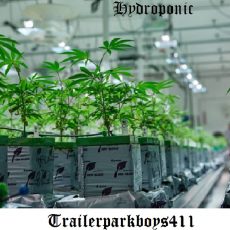 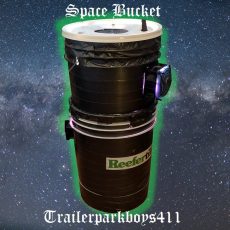