The acronym stands for SGV OG, which is an indica-dominant hybrid. It’s a very lemony and bright strain that’s also sweet and earthy. Many people smoke SFV OG when they want to have some fun because it can produce a bout of euphoria and laughter. As a result, it’s ideal for anyone who is depressed or scared.

There are so many different marijuana strains available that a fantastic one might be overlooked at times. It’s also true that a lot of legendary parent hybrids fail to satisfy expectations. The SFV OG strain, commonly known as San Fernando Valley OG, is a cannabis strain that has resulted in several hybrid offspring with mixed results. Despite its OG Kush roots, the strain itself is still top-tier quality.

What is the SFV OG Strain?

The Green House is a marijuana dispensary in Denver that grew the 2012 High Times Cannabis Cup winner, SFV OG. Although it isn’t as popular as some of its “children,” SFV OG is a fantastic marijuana strain in its own right.

The SFV OG marijuana strain is tart and piney in the beginning, followed by a strong bouquet of citrus at the end. While it isn’t as earthy as other OG strains, it isn’t as sour as the Jet Fuel strain. You may be shocked by how pungent yet sweet the overall fragrance is.

The taste of this weed is comparable to its aroma. If you smoke this marijuana using a joint, the lemon flavor might be quite potent and unpleasant. You’ll also get a lemongrass aftertaste, and the overall flavor lingers on your tongue for some time after exhaling. SFV OG is a strain that performs exceptionally well with a vaporizer.

The structure of SFV OG resembles that of other OG strains. The nuggets are round and thick, with few pistils and a wintergreen tint.

You may grow SFV OG strain seeds with no prior experience. Novices can do so since it is not difficult to cultivate. Simply making sure your plants get adequate water and nutrients is enough for novice gardeners. If you want to plant it outside, expect to see 13 ounces per plant at harvest time, beginning of October in a mild, dry climate like the San Fernando Valley’s.

If you cultivate SFV OG indoors, it will take anywhere from 8 to 10 weeks to flower and produce a yield of 12 ounces per square meter. The exact moment you harvest is determined by whether you want a euphoric or sedative high. If you want the former, allow most of the pistils to change color. This strain is said to be hungry and thirsty, and it needs lots of water as well as nutrients.

The buds don’t begin to swell for weeks, so be patient! It also needs topping on a regular basis. Only three weeks of vegetative growth are necessary, according to one expert suggestion. Make careful not to obtain SFV OG Kush by mistake by looking for the Cali Connection’s seeds.

The THC concentration of SFV OG is low, with an average of 17 percent. We’ve seen tests where its THC level was as high as 22%. Although it has more CBD than most strains, it may contain up to 1% THC. This means that the ratio of THC to CBD is approximately 20:1 to 25:1.

What Can I Expect When I Use SFV OG?

This variety isn’t recommended if you have a lot of work to do! We’ve heard varying stories about what happens when you use SFV OG, ranging from somewhat indica to primarily sativa effects. Typically, you’ll feel sedated and couch locked, similar to after a session of OG Kush.

Users have reported feeling euphoric and joyful; you could even be giggling. It’s a fantastic marijuana strain for when you want to relax and enjoy every minute of your life. On occasion, it may inspire you to be more creative, allowing your inner poet or musician to come out.

Because it is a strong strain, SFV OG may be used to treat chronic pain and inflammation. It’s recognized for producing a quick anti-anxiety impact, which might help if you have Generalized Anxiety Disorder (GAD) or sadness. If you suffer from panic disorder and experience an acute and unpredictable burst of terror, this cannabis strain could be the solution.

You might be shocked to learn that panic disorder is linked with nerve and brain inflammation. The body’s adrenaline levels surge, and fat cells provide energy. Your body and mind go into “panic” mode all of a sudden. SFV OG can prevent this scenario from happening, ensuring that you remain cool.

This strain has a reported boost in hunger as well. As a result, if you are a cancer patient who is having difficulty eating following treatment or have anorexia nervosa, you may use SFV OG to increase your appetite.

San Fernando Valley OG is a strong strain that may cause dry and itchy eyes, a drying mouth, and dehydration. It’s possible that this strain contributes to your level of anxiety, especially if you have a pre-existing anxiety condition.

The San Fernando Valley OG may not be as well-known as some of its descendents, but it is nonetheless a delectable and effective marijuana strain in its own right. It’s powerful enough to alleviate pain and certain illnesses such As sadness and social anxiety disorder.

It’s also one of the most simple cannabis strains to cultivate, especially indoors. It has a high resistance to pests and diseases, but make sure it gets enough nutrients and light. Also, be careful that your grow tent is well-ventilated or mold may develop. 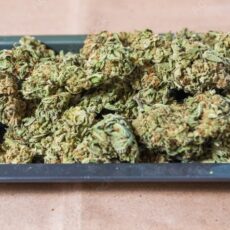 The Same-Day Cannabis Delivery in Kelowna 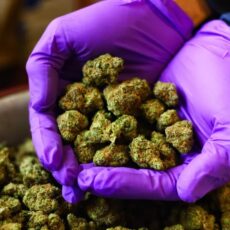