Shatter is the purest form of cannabis extract. It has an amber, glass-like transparency and some of the highest terpene content of all concentrated extractions. In addition to producing an intense high, it creates one that lasts. But how on earth do you smoke this concentrated form of weed? There are two ways, to be exact. Not only can you smoke shatter using a rig, but you can also do so without one. The beauty of shatter is its potency, which often packs up to 80 percent cannabinoid content; so, be careful with the ‘greening out‘. Besides, you can learn how to make shatter by clicking on the link.

The Difference Between Shatter And Wax

Cannabis concentrates take many forms and include:

So what’s the difference? Nothing, really.

Shatter, wax, honeycomb, crumble, and budder are all concentrates that have roughly the same THC or CBD potency.

They’re all primarily dabbed (more on that in the next section). And they all provide a powerful, long-lasting high. The only real difference is in their appearance and form.

While shatter is most often clear and brittle, wax looks and feels like cold coconut oil (more solid than liquid). Like shatter, this is due to the arrangement of molecules within the wax itself.

Because the Lego blocks are going every which way and have no semblance of organization, wax is opaque and has that coconut oil consistency.

The arrangement of molecules within the shatter and wax also gives rise to some other unique differences, including:

Now that we’ve introduced you to shatter and investigated what’s going on at the molecular level, let’s get to what you came here to find out: how to smoke shatter.

How is shatter made?

Basically, shatter is made during a specific extraction process where butane (in a liquid form) is used to extract trichomes, tiny hair-like bumps rich in terpenes and cannabinoids, from cannabis plant buds.

Low-level heat is then used to remove any the butane and any residues before the final product is formed.

Though it’s a very basic procedure and has been used effectively for decades now, it’s not something you should try at home, because working with butane can be extremely risky, even life-threatening.

This procedure ensures that shatter always has the highest possible quality, but it doesn’t determine how clear it will be.

A few different factors play a role when it comes to shatter clarity and texture, but the general rule is –  the higher the quality of source materials, the better the shatter.

What methods can we use to smoke shatter?

Knowing a bit more about the structure of shatter, we can finally examine the key question – how to smoke shatter effectively?

You can use several different methods to enjoy your favorite cannabis concentrate – using a vape pen, water pipe, the hot knifing method, and even smoke it out of a joint. Each of these methods is very effective and can provide a top-notch high.

To help you understand what method works best for you, I will cover all of them in more detail.

How to smoke shatter with a vape pen?

The easiest (and most convenient) way to smoke your shatter is to use a vape pen. Although vape pens have been present on the market for a while, their popularity increased tremendously in recent years.

Their biggest advantage is simplicity. Even people who never smoked cannabis extracts in the past will easily grasp the basics here.

Put shatter into a bowl, press the “on” button, and you are ready to vape! You’ll need to hold the button for as long as the session lasts, but it’s not a major distraction, really.

Make sure you draw slowly and steadily as that’s the best way to ensure you are getting high-quality vapor.

Ideally, you should find a balance between the two to avoid throat irritation while still getting a strong and potent rip along the way.

How to smoke shatter with a water pipe?

Another common method that you can use to smoke shatter comes in the form of a water pipe or “dab rig”, if you prefer that term. It’s a method with the longest tradition and many people have documented its efficiency in providing great quality vapor.

First, fill the rig with water until you can see huge bubbles forming up. After that, put the nail into the water pipe and heat it further until it becomes red hot. At this point, you’re already done – all you need to do is put shatter on the nail and start vaping!

It takes about 40 seconds for a nail to cool down completely and the longer you wait, the better the flavor will be. Don’t wait too long, though, as you will waste your concentrates for nothing and you’ll get low-quality vapor.

How to smoke shatter by using a hot knifing method?

Hot knifing is another popular way to consume cannabis concentrates, but interestingly enough, it’s a somewhat controversial method. Namely, there’s concern that hot knifing may get users injured this way and that the whole procedure is too risky.

I would advice novice weed users to stay away from advanced smoking/vaping methods, unless they have an experienced person to guide them. In order to experience all the benefits of hot knifing, it is important to do everything properly.

If you do that, not only will you get an exceptional flavor, but you’ll also save a lot of time while preparing for the session.

The first thing you need to do is take two knives and place them onto a stovetop.

Heat them until they become red hot. You won’t have to wait too long; when you see red color, that’s a clear sign that the knives are ready.

Place the shatter between the knives and it will gradually fill up with smoke that you can inhale right there on the spot.

As you can see, it’s a very simple and cost-effective way to enjoy your shatter. As long as you do it properly, you won’t have any issues whatsoever.

How to smoke shatter out of a joint?

Lastly, I want to describe how you can smoke shatter out of a joint. This procedure is called twaxing, and it is pretty straightforward, but I will add some tips that will help you maximize the vapor quality.

First of all, make sure you push shatter into a joint very slowly as you don’t want to break the paper and waste your mixture.

You should add some oil to the joint beforehand to make this part easier. Now push the shatter down the joint but not to the very bottom. If you do that, an enormous amount of THC will end up in an open flame and the vapor will lose its potency.

From my experience, you can push the shatter up to the middle of the joint and that will be enough for an enjoyable experience. The joint consumption will be slower than usual, but it will give you more time to enjoy your vaping session.

This method is a bit trickier than the previous three. If you do it right, though, you’ll get quite an extraordinary flavor and the effects will last for a while. 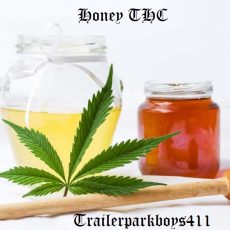 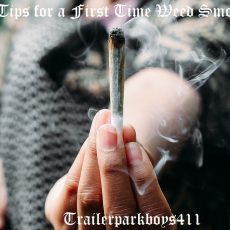