The term “hemp” is used to mean cannabis that contains 0.3 percent or less THC content by dry weight.

Why 0.3 percent? This definition was first proposed in 1979, in a book called “The Species Problem in Cannabis: Science & Semantics.”

In the book, author Ernest Small addresses the fact that it’s difficult to distinguish hemp and cannabis because there’s no actual taxonomical difference between the two.

Small proposed the 0.3 percent rule as a possible solution, but he himself acknowledged that it’s an arbitrary number.

This number was used in the legal definition of hemp, as specified in the Agricultural Act of 2018 and other laws in the United States.

Because the THC level in hemp is so low, it’s unlikely to get you high.

Usually, when people say “marijuana,” they’re talking about cannabis that can get you high. The term is used interchangeably with “weed” and a number of other terms.

Legally, “marijuana” refers to cannabis that has more than 0.3 percent THC by dry weight. THC content can vary among cannabis plants. Some strains are bred to be higher in THC than others.

Cannabis plants have been designated as Cannabis sativa, Cannabis indica, or a hybrid. Each of these has its own purported characteristics and effects, although science has yet to verify this.

The word “marijuana” is quite controversial due its racist roots.

In the early 20th century, many Mexicans immigrated to the United States due to the Mexican Revolution. This led to growing racist and anti-immigrant sentiment in the United States. At this time, cannabis was a legal cross-border import.

In the 1930s, this propaganda persisted and heavily contributed to cannabis becoming illegal.

To this day, there’s a great deal of debate over what we should call “marijuana.”

Because it’s tied to racist and anti-cannabis propaganda, “marijuana” is a word that many people in the industry are no longer using, preferring to simply use the word “cannabis” instead.

This can be confusing, because the Cannabis species also includes hemp.

One critical point of difference between hemp-derived CBD and marijuana-derived CBD is the resin content of each plant. Cannabis resin is found within the trichomes of buds and, to a lesser extent, on the leaves.

There is an exception to this rule. Some emerging craft hemp varieties possess unusually high concentrations of CBD, such as Cherry Charlotte, Cobbler, and Berry Blossom. These cultivars contain between 12% and 20% CBD content with 0.3% THC or less.

Where and how the CBD is sourced has a major effect on contamination levels. A lack of stringent local regulations surrounding the production and refinement of hemp could lead to highly contaminated CBD products.

For instance, in China there are few regulations enforced on the agricultural industry, leading to the production of hemp-derived CBD products that tend to contain high levels of contaminants. Studies show that, due to the country’s mining activities, some regions in China have water and soil that are contaminated with heavy metals.

These contaminants manifest as toxicants within the hemp that can potentially taint CBD oil sourced from these plants. In order to remove the risk of ingesting contaminated CBD, it is safer to consume hemp-derived CBD products that are grown without chemical pesticides and tested by a third party.

CBD isolate products are those which contain only the CBD molecule, with no accompanying terpenes, THC, or other cannabinoids. For patients with certain medical conditions, or those wishing to avoid THC, CBD isolates made from hemp may be preferred. The alternative to CBD isolates would be whole-plant or full-spectrum CBD products.

“Full-spectrum hemp is the extraction of all of the components — cannabinoids, terpenes, flavonoids, etc. — of the hemp plant including low levels of THC,” explained Dr. Chanda Macias, CEO of Women Grow, an organization connecting female professionals in the cannabis industry; and CEO of National Holistic, a healing center based in Washington, D.C.

“When you extract from marijuana, you get the added benefit of added terpene profiles that you can customize. Terpenes have an important therapeutic value,” said Dr. Herve Damas, a physician specializing in CBD treatment for professional athletes and director of Grassroots Herbals, a producer of CBD products.

CBD is attracting considerable public interest because of its promise in treating various physical and mental health issues, even though there is no scientific evidence to prove these health claims.

Hemp and cannabis are two different varieties of the C. sativa plant with hemp containing more CBD and minimal THC.

Most CBD products are made from hemp plants as they contain far more CBD and almost no THC, which is the compound that creates the ‘high.’

Individuals considering using CBD for physical or mental challenges should inform their doctors to make sure it does not interact with any medications they may be taking.

The main difference between hemp CBD and cannabis CBD is legal standing. 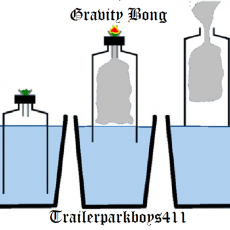 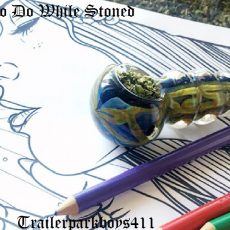 The Best Things To Do While Stoned