Charlotte Figi suffered her first seizure when she was three months old and on Wednesday, her mother Paige Figi’s Facebook page updated a previous post to announce Charlotte “is seizure free forever.” The 13-year-old was hospitalized earlier this month with pneumonia, which caused her seizures to return and resulted in respiratory failure and cardiac arrest. She died peacefully in her mother’s arms on April 8, 2020.

Diagnosed with Dravet syndrome, a rare form of epilepsy that begins in infancy, her parents turned to medical marijuana as a last resort to help their daughter and started researching cannabidiol, or CBD.In 2012, they met a group of brothers in Colorado who were breeding a special strain of medical cannabis that later became classified as hemp because of its high CBD, low THC content. Using the oil extract from fully grown plants, Charlotte, then five, went from having a seizure every 30 minutes to not having one for seven days after starting the treatment.

In 2014, the Stanley brothers founded a namesake company, Charlotte’s Web CBD, in her honor. But CNN chief medical correspondent Dr. Sanjay Gupta, from whom most of the country first heard the term CBD, who introduced us to Charlotte. Gupta’s 2013 interview with the family in the multi-part documentary special “Weed” (a follow-up is included in “Weed 5”) made Charlotte an overnight face and hero for the medical marijuana and CBD movement. After penning a 2009 op-ed titled “Why I Would Vote No On Pot” for Time in 2009, Gupta credits Charlotte for changing his mind on marijuana.

“She made me realize that it would not just be a medical failing but a moral failing if this medicine was somehow withheld from people,” Gupta shares in a heart-wrenching tribute that aired on April 9.

Charlotte and her twin sister, Chase, were born on October 18, 2006 to parents Paige and Matt and big brother Max. Charlotte suffered from Dravet syndrome. According to the Dravet Syndrome Foundation, Dravet syndrome is a rare catastrophic, lifelong form of epilepsy that begins in the first year of life with frequent or prolonged seizures. There are currently very limited options to treat Dravet syndrome. At the tender age of 5, Charlotte suffered up to 300 grand mal seizures a week and had extreme difficulty speaking.

Paige first searched for CBD oil in 2012 and Charlotte began taking high-CBD/low-tetrahydrocannabinol (THC) oil from the cannabis strain called “Hippie’s Disappointment.” This oil immediately reduced her epileptic seizures and the oil was later named “Charlotte’s Web” in her namesake. Her story was the focus of the CNN documentary Weed hosted by Sanjay Gupta in 2013, bringing worldwide attention to the medicinal benefits of CBD, and making Charlotte a key figure in the medical cannabis movement.

Sanjay Gupta, in a statement shortly after Charlotte’s passing said, “Charlotte changed the world. She certainly changed my world and my mind. She opened my eyes to the possibility of cannabis being a legitimate medicine. She showed me that it worked to stop her crippling seizures, and that it was the only thing that worked.”

The Stanley brothers, who bred and commercialized Charlotte’s Web, the high-CBD/low-THC cannabis strain named after Charlotte, paid tribute to her on their website, stating: “Charlotte was ten feet tall and carried the world on her shoulders. Inspiring is a lacking word, as are courageous and vivacious and strong and beautiful. She was divine. She grew, cultivated by a community, protected by love, demanding that the world witness her suffering so that they might find a solution. Her story built communities, her need built hope, and her legacy will continue to build harmony.”

Charlotte inspired the medical cannabis revolution by championing the life-changing effects of CBD for patients with seizures and other debilitating illnesses and influenced legislation reform across the United States and worldwide. Congressman Matt Gaetz (R-FL) one of the leading GOP champions for broad marijuana reform on Capitol Hill, provided this statement on Twitter: “Charlotte lived a life of tremendous significance. Her story inspired me to completely change my views on medical cannabis and successfully pass legislation so that patients could get help in Florida.”
In addition to championing that CBD bill in Florida, a bipartisan congressional bill, “The Charlotte’s Web Medical Access Act” was named after her and introduced in 2015.

For this special edition of “Cannabis Crossroads,” I want to honor Charlotte not by reciting the legislation that she impacted, but by taking a closer look at the amazing influence and inspiration that she provided to so many pediatric cannabis families. These families became pediatric cannabis trailblazers themselves, forging ahead from inspiration drawn from Charlotte. (See upper right for Figure 1, click to enlarge.)

Gail Rand, whose son Logan was diagnosed with epilepsy at age one and ADHD at age two, spoke about how she first heard about Charlotte in June 2012 and her life was forever changed. “Her family’s willingness to share their story in a time where the stigma around medical cannabis was huge and the Federal government was still raiding many facilities was so incredibly brave,” said Rand. “Her mom, Paige, shared Charlotte’s story with Maryland legislators and regulators in a way that was incredibly powerful. They got to ask questions and learn that this is real medicine that could have a massive impact on Marylanders. For me, it is personal-my son is seizure free and his life was saved because of Charlotte. I know she is a daughter, sister, and friend, but to millions of people she is an icon of change and I’m forever grateful.”

I also spoke with Tracy Ryan, founder of CannaKids and Saving Sophie. Tracy’s daughter Sophie was diagnosed with an optic pathway glioma brain tumor at eight months old. Ryan explained that it was the documentary, Weed 1, that not only changed the course of medical cannabis forever, but also gave family’s like hers legitimacy in their choice to use this plant on their small children. “It quelled judgement and paved a way that only a story like Charlotte’s could do. When Sophie was honored with being one of the first 20 children in California to receive Charlotte’s Web oil over 6 years ago, we forever felt connected to this family that we owe so much to,” said Ryan. “Our entire industry, worldwide, has this little girl’s struggles to thank for advancements in the understanding of this plant that could otherwise have taken a decade. God gave Charlotte a very important mission to fulfill, and she not only did so, but saved countless lives globally and forever changed the world leaving it a healthier and happier place than when she entered it.”

I also spoke with mother and daughter powerhouses, Janie and Rylie Maedler, about how Charlotte influenced them. Janie’s daughter Rylie was diagnosed with an extremely rare, aggressive giant cell granuloma in 2013. “Charlotte Figi was and still is an inspiration to me,” said Rylie Maedler. “Charlotte was living proof that cannabis can help treat those with severe untreatable epilepsy. She helped introduce cannabis as a treatment for pediatrics. Although Charlotte may not physically be with us now; what she accomplished will always be with us.”

“I know speaking as a mom that in your gut, you know what has to be done to save your child and this does away with fear,” said Janie Maedler. “Paige and Charlotte have given parents the strength they have needed to follow that gut. I’m forever thankful to them for this.”

Finally, I spoke to Moriah Barnhart whose daughter, Dahlia, was diagnosed with aggressive brain cancer at the age of two. “Sharing your child’s story in order to change public perception can come with stifling political, social, and psychological repercussions,” said Barnhart. “To embrace those repercussions while dealing with the daily struggles of caring for a severely special needs child takes unimaginable bravery and resilience. The life and death of Charlotte Figi embody the idea that suffering should not be in vain.”

In closing, I would like to share my deepest appreciation and gratitude to Charlotte and her family for advocating for their daughter’s healthcare and access to medicinal cannabis as a treatment, not only for their family, but for families all around the world. Charlotte has had a massive impact on the global cannabis community that will never be forgotten. The Figi’s are true pioneers that have opened so many minds about cannabis treatments with their advocacy and story sharing. Colorado Governor Jared Polis proclaimed April 7th, “Charlotte Figi Day” in Colorado. The loss of Charlotte Figi was felt around the world and she will be greatly missed by our entire community, but her legacy will live on forever and will continue to inspire many more individuals for years to come. 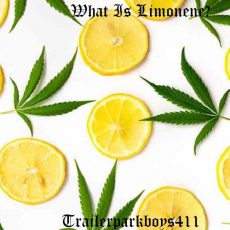 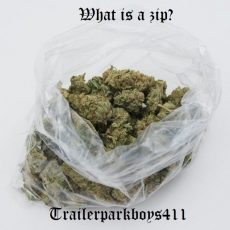 What is a zip?