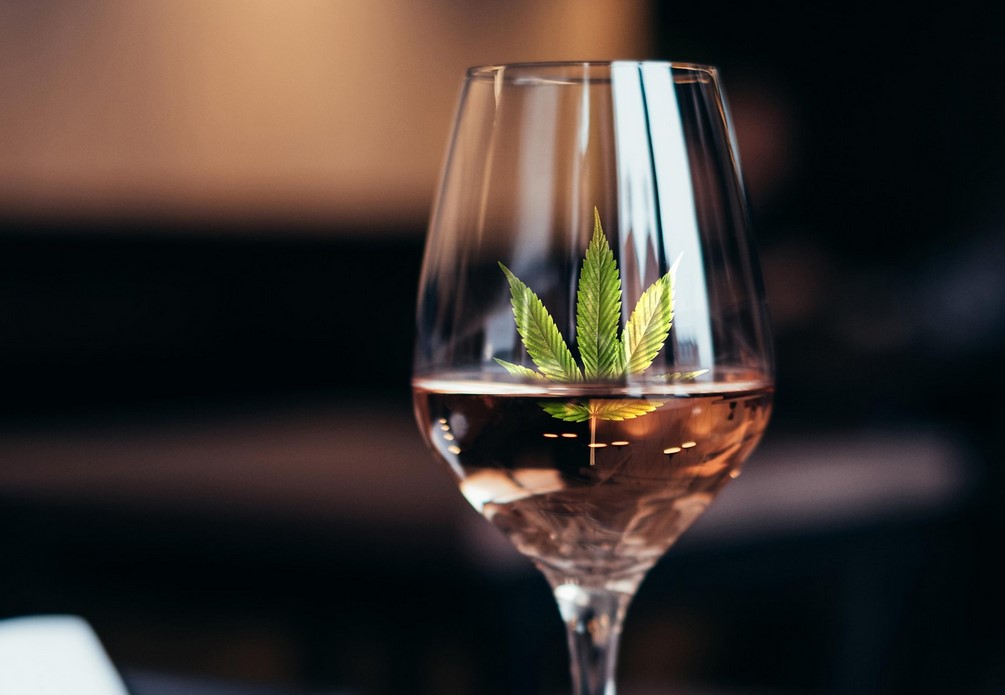 The marijuana-infused wine may appear to be a paradigm shift in a bottle. It’s actually been around for some time.

There’s a reason weed wine has been around for thousands of years — and it isn’t because people like to get high. We look at the history of marijuana wine, how it’s made, who it appeals to, what it tastes like, and what lies ahead for it in this section.

There is no dearth of diverse sorts and designs of cannabis goods now available commercially in the United States, where medical and recreational marijuana has been legalized in over half of the country and all of Canada. It’s only a matter of time before a wine and weed crossover product appears on store shelves as a new method to blend culinary art talents and improve the drinking experience, given the spreading legalization of marijuana cultivation and production, especially in west coast wine-producing regions. Marijuana-infused wine, often known as “cannawine,” is a combination of hemp or cannabis and commercially produced wine-flavored drink.

What is weed wine?

It may come as a surprise that cannabis-infused wine has a long history. Cynthia Salarizadeh, founder and president of House of Saka, explains, Cannabis-infused wine has been around for thousands of years; it’s one of the original marijuana products… more of a trend than anything else at this point because the rules and industry have developed enough for individuals to bother doing it again.

Dealcoholized wine, which is usually from California and mixed with a THC or CBD emulsion to remove the alcohol, is used as weed wine in dispensaries. It resembles a normal bottle of wine but has a distinct flavor owing to the dealcoholization process and optional ingredients to restore taste and texture. The effects of the cannabis rather than any alcohol are responsible for the beverage’s effects.

While earlier versions combined cannabis and alcohol, current laws prohibit the mixing of marijuana and alcohol. Furthermore, the word “wine” may not be used for marketing or packaging purposes. Weed wine, like infused beer, must first be de-alcoholized before it comes into touch with cannabis.

The History of Weed Wine

We have no idea how long it’s been around. According to Thrillist, the ancient Egyptians and early Chinese ate it as well. Doctors in ancient China used weed wine as an anesthetic, according to Thrillist. Marijuana resin and wine were combined by physicians for patients for use as a sedative, most likely with the goal of making them more responsive to whatever therapies were popular at the time.

The combination has endured to the present day, when a wave of legalizations is allowing greeno vino to make a comeback. The distinction now is that weed wine isn’t alcoholic, as cannabis and alcohol must be kept strictly separated by law.

There’s no need to panic — weed wine is currently in vogue, and it offers a different perspective on alcoholic beverages that makes it stand out from cocktails and beer.

Weed wine is frequently mistaken with ordinary wine. On the other hand, the flavor differs significantly.

To remove any alcohol from the wine, it is subjected to a dealcoholization procedure before cannabis is added. Following that, an CBD or THC emulsion is added and combined. The term nanoemulsions refers to this process. Because wine is polar and marijuana nonpolar, the latter would tend to separate and form an oily film on the surface of the drink due a difference in polarity. Nanoemulsions produce such tiny “nano” droplets of THC or CBD that they seem to be water-soluble chemicals.

If you’re searching for a new wine to try, pick from among the numerous varieties offered. To alter the taste or viscosity, add various components to resemble similar wines somewhat more closely.

Although they can’t be marketed as “cheese,” Kraft singles and weed wine are both prohibited from being labeled “wine” when it comes to marketing. You’ll see things like “Cannabis-Infused Rosé.”

When the mixture of dealcoholized wine and cannabis is ready, makers are required to transport the goods to a third-party business that is legally authorized to conduct cannabis infusions.

The bottle is one of the roadblocks for making weed wine. The playing field for cannabis-infused winemakers is dotted with landmines, including limits on what type of container the wine may be kept in. It’s common knowledge among cannabis users that resealable, single-serve bottles are the most regulatory friendly packaging available for cannabis beverages.

However, the limitations aren’t dampening enthusiasm for the green vin. For many people, the notion of a delectable, nonalcoholic wine that allows them to step outside themselves without suffering from a hangover is almost too good to be true. Those who don’t drink alcohol likewise find it appealing.

Wine is generally viewed as a more refined beverage. This implies that weed wine, in distinction to its morehedonistic counterparts in the beer and liquor industries, is inherently more distinguished and luxurious.

The rapid onset of effects is another benefit of weed wine. Pour a glass for your dinner guests and they’ll begin to feel the voodoo that cannabis has in store for them in 20 minutes or so. It is probable to last around an hour. This is significantly better than previous versions of marijuana wine, which appeared to take an eternity to set in before delivering an all-consuming high that was little social fun. Weed wine now gives comparable highs to a fantastic buzz.

It’s time to put your money where your mouth is and see if you can live up to the hype. Wine connoisseurs and marijuana enthusiasts would abandon the project in a second if it didn’t taste good.

Interestingly, home-brewed weed wines have been notorious for their repulsive tastes, which are comparable to those of aged boots. While they may have provided a good high, such beverages are not enjoyable to consume and cannot take the lead.

In recent years, weed winemakers have truly risen above the fray, producing wonderful beverages that provide exciting highs. They’ve been able to create new experiences for wine and cannabis aficionados by carefully constructing their wines’ compositions to work with — rather than against — the marijuana infusions.

There are many hurdles to overcome. However, within those difficulties is abundant potential for extreme personalization and unique encounters. A certain kind of dealcoholized wine may have an earthy flavor naturally. The taste of a sativa with a specific terpene profile may be very intriguing, and the high can produce euphoria and socializing. Certain terpenes present in the wine might interact in unexpected ways with THC to create various experiences.

You can compare weed wine to an interesting variation on an old favorite rather than attempting to match its flavor exactly (because so much of wine is in the alcohol).

The culture of weed wine

What distinguishes cannabis wines from other alcoholic beverages? The first and most important aspect is the audience. People desire a pleasant, non-alcoholic beverage that won’t leave them with a horrible hangover. Alana Burstein, founder and president of Viv & Oak, succinctly defined the company’s aim: “Our goal is to provide an answer for individuals who don’t drink alcohol, such as myself… Our target market is women between 35 and 65 years old.” The lack of other soda and beer infusions may be an issue for this targeted audience. Like ordinary wine, these brands have a sense of luxury and sociability about them.

A major pull for cannabis-infused wine is the ability to control the dose. Weed wines, like other infused beverages, feature a low-dose portion that lasts about an hour and a high-dose serving that sets in roughly 20 minutes. This is a far cry from previous prototypes, with Larson noting that “a lot of the infused beverages that people were familiar with in the past were sugary and high potency, very much like a liquid edible: you take it, it’s a long onset and a very heavy, long experience, not very social or a real beverage experience. ” Contemporary wines offer an equivalent tranquil buzz to standard wine. 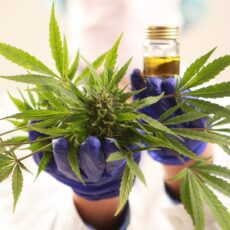 Marijuana for stress and anxiety

How to Smoke Kief